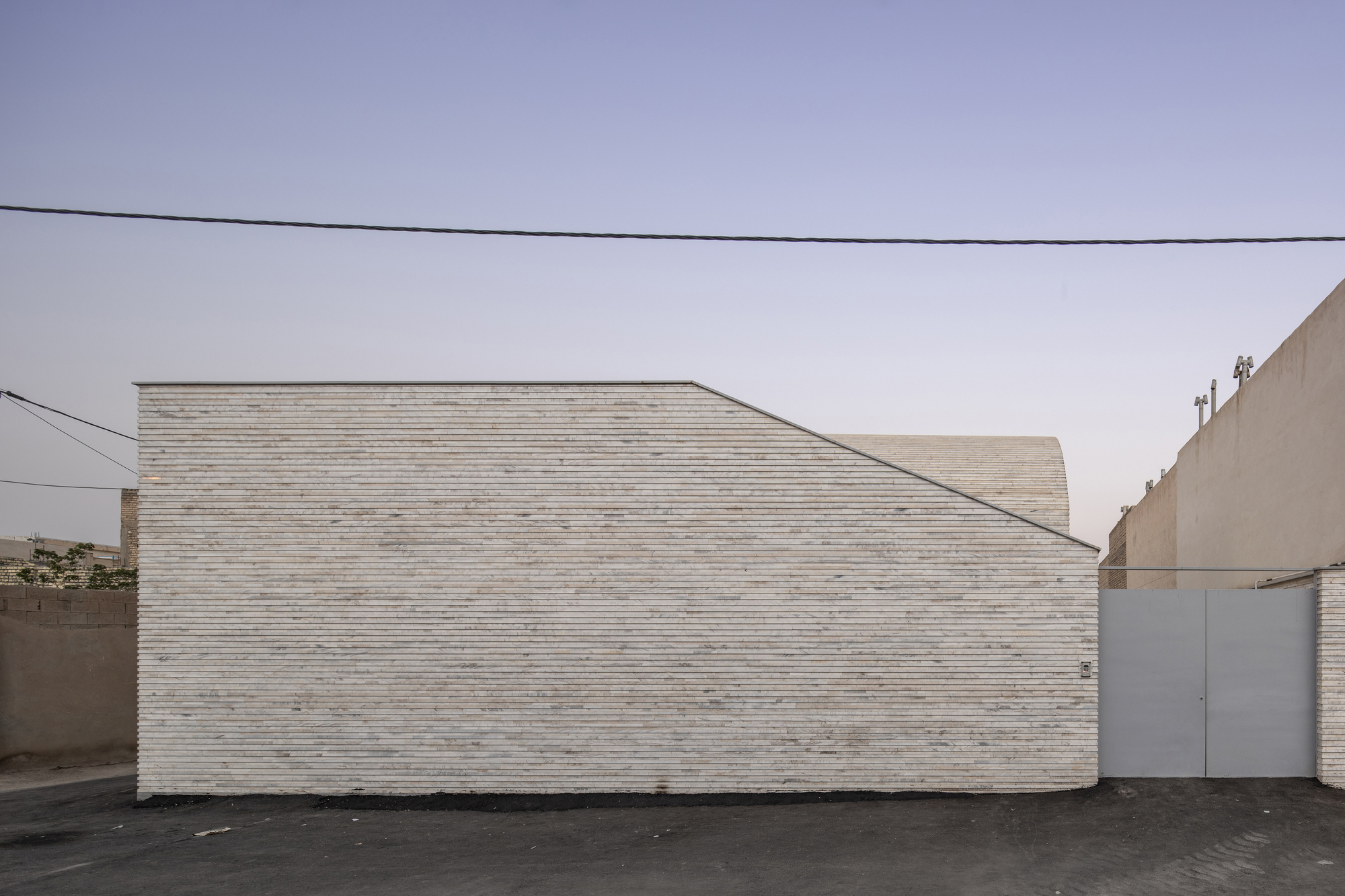 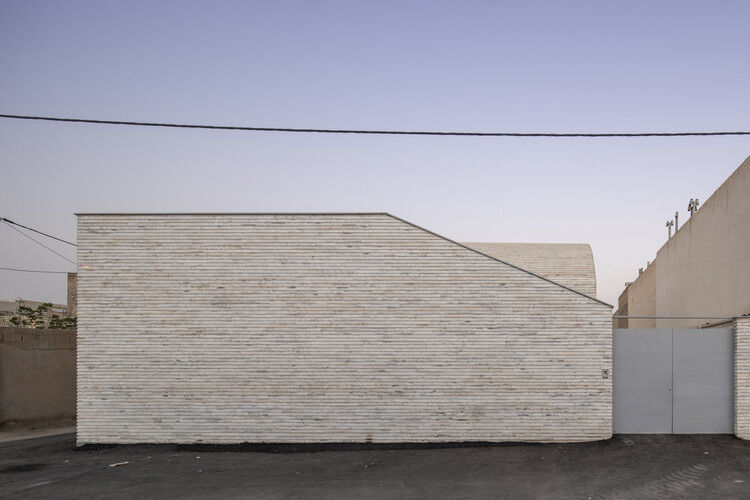 Text description provided by the architects. The small size of the land and the client’s request to build an economical one-storey building were the challenges of this project. Given the agreement between the client and the municipality and the spaces it requested, approximately 80% of the land was allocated to the building. The plan was simple; a living and dining room to the south, a narrow single-wall kitchen to the west, and two lower-height bedrooms to the north.

Since the open part of the land was too small to create a courtyard to the south, and we had to build the only one-story building, part of the roof acted as a dynamic space along the courtyard to the north. A staircase on the west side, adjacent to the walkway, provides access to the roof of the bedrooms. As the northwest corner of the building must be bevelled due to its position in the lane, a retreatment in this part makes the entrance. In this way, it is possible to enter the house from the distance between private and public spaces.

The living room and dining room have been arranged under a large vault based on the ribbed vault pattern seen in historic houses in Najafabad. They go up to allow the interior space to see the upper courtyard (on the roof of the private space) from the north. This courtyard and the stairway leading to it are protected from the gaze of passers-by by the wall adjacent to the path to the west. The wall also changes the shape of the terrain. To integrate the entire body and ceiling of the building, inexpensive vernacular stones found in the region were used. In this way, all the public areas of the house are united under a vault to provide the visitor with a sense of enjoyment combined with a memory of the historical houses of Najafabad; the houses which can still be seen nearby in the nearby lanes and which are known as rib-vaulted houses among the locals.