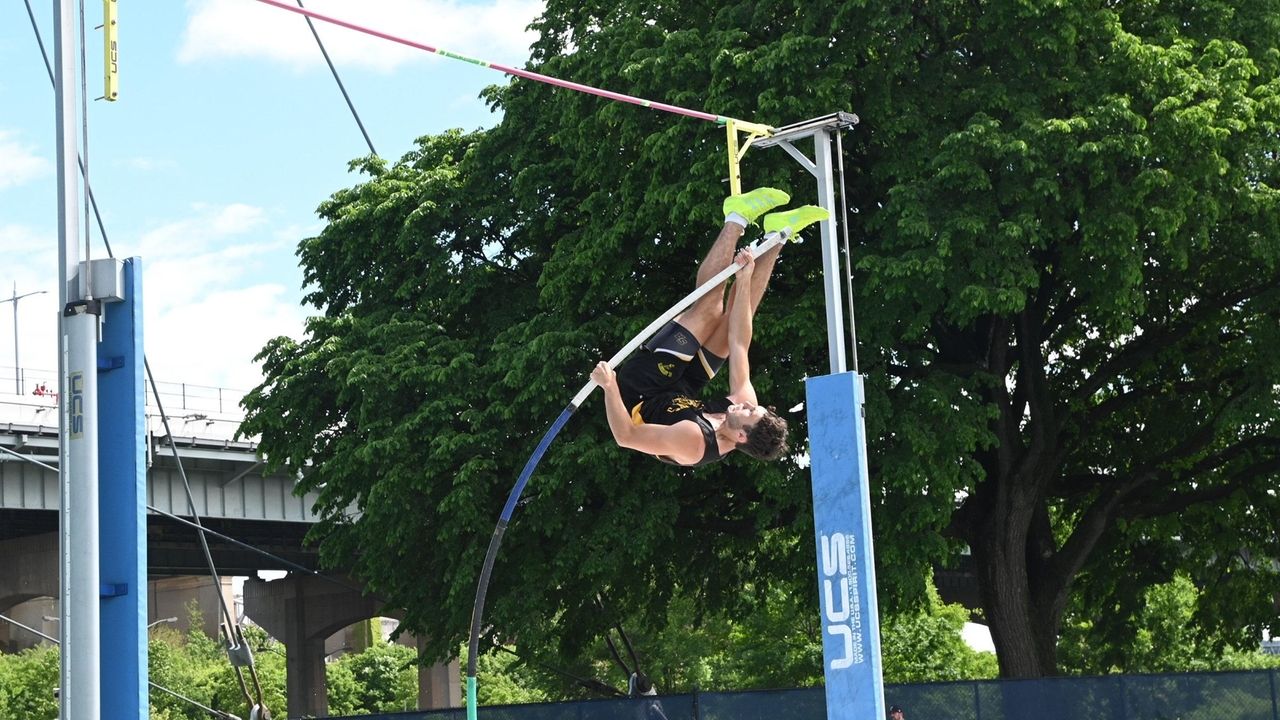 Nicolas Lourenço was still basking in the glory of what had just happened when a phone was handed to him. His next obstacle was on the other line.

Now, with just a few jumps to go before heading to High Point University in North Carolina, Lourenco still has one more hurdle to clear – the overall outdoor state record. It’s 17-1, set by Louis Martinez of Wallkill last year. And, after Lourenço had finished setting another historic Catholic school benchmark, Martinez’s voice was waiting for him.

“We met a few times and we played each other,” Lourenço said. “It’s a very good friendship. We have always pushed ourselves to improve. Every time we faced each other it was like ‘one of us is (sets a personal best)!’

The success of the day went further than the record. Not only did Lourenco officially qualify for the state championships – scheduled for June 10-11 in Cicero – but he surpassed the 16-6 plateau he had been stuck on for most of the outdoor season. .

“It’s been a long time coming,” said Lourenco, who was named the competition’s Most Outstanding On-Pitch Player. “I jumped 16-6 twice this year and had really good height, but I just couldn’t get any higher than that. Today my race went well. It wasn’t a lot of speed, but rather a lot of power that I put in… The technique is really what helped me today.

The encounter featured a two-hour storm delay, which began around 12:15 p.m. – just before the boy’s pole vault began. Although frustrating on the surface, Lourenco said the delay was beneficial.

“Honestly, I think it was really good for me,” Lourenco said. “I felt really slow. I had to run the 4X100 (meter relay trials, earlier in the competition), so I was a bit tired. The rain delay certainly helped. I got water, took a break and rested.

Chaminade’s Daniel Muccini, who jumped 21ft ½ to win the long jump, was in the middle of the high jump competition when the storm hit. He cleared six feet and finished second on the restart, but he said the delay did him a disservice.

“It’s just that after the stoppage you have to warm up again, prepare again. It baffles you,” he said.

Muccini, whose previous success came mostly from the high jump, found another niche in the jumping pits.

“I think I would probably just call myself a jumper at this point,” Muccini said. “I used to think of myself as a high jumper, but this year in particular I got into the triple jump and the long jump and really enjoyed it.”

“I was at a level of focus that I hadn’t had before,” Brown said. “I was focused on my phases and, when I entered my acceleration phase, I let it all out.

It was the fourth time Brown had broken 11 seconds this spring. Entering the competition, his previous personal best was 10.83, run last weekend. He ran 10.79 in Saturday practice.

Jordan Lauterbach joined Newsday’s sports department in 2012. He covers running and Long Island Ducks. Lauterbach graduated from CW Post in 2010 with a degree in Electronic Media.