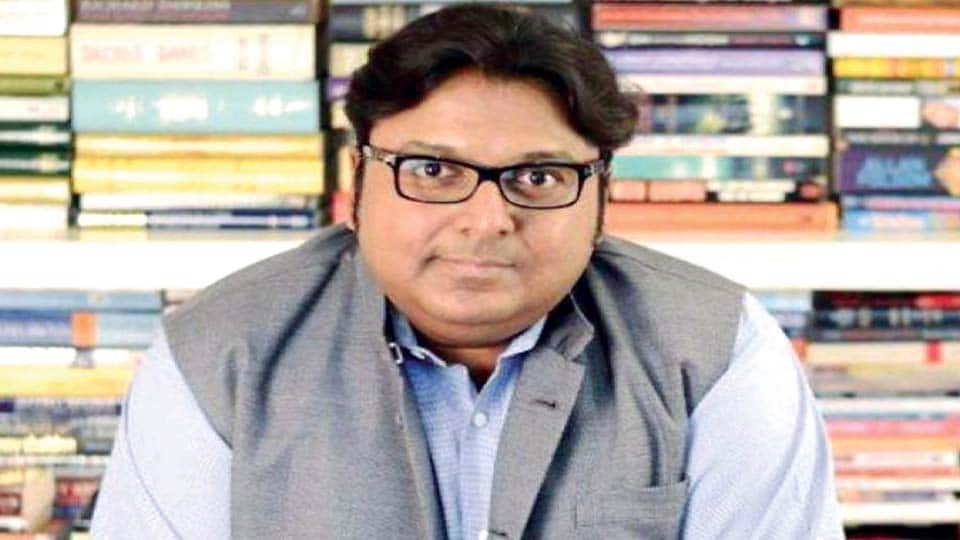 Ashwin Sanghi, based in Mumbai, is a well-known author of the literary genre, the thriller-fiction. After doing his initial education and university studies in Mumbai, he went on to obtain his Masters degree from the prestigious Yale University in the United States. He has the distinction of being included in the list of 100 celebrities of Forbes India.

Known as Dan Brown of India, this best-selling author has written such novels as “The Key to Krishna”, “The Song of Chanakya”, “The Rozabal Line” and “The Vault of Vishnu”. A popular and eloquent speaker on many subjects, Ashwin Sanghi is a sought-after speaker at several academic and literary events. He has received numerous awards and accolades, including the Vodafone-Crossword Popular Choice Award. “Private India”, a book co-authored by him, was ranked in the UK bestseller list.

“As a country, we have a problem coming out of our past shadow,” said Anuja Chandramouli, the young author who lives in Sivakasi. She is a popular writer of several books and has every right to say so as she has explored in depth the writing of books in the genre of mythological fantasies and historical fictions in the Indian context.

Graduated in Psychology with a Masters in English, Anuja’s debut novel “Arjuna – The Saga of a Pandava Warrior Prince” was named one of the 5 best sellers in the Indian writing category by Amazon India . She followed this novel with stories about many Indian mythological and historical figures like Kamadeva, Yama, Kartikeya, Mohini, Ganga, Prithviraj Chauhan and so on. She regularly hosts creative writing workshops for students and is an accomplished Bharathanatyam dancer.

Those interested in participating in the festival can register at: www.mysuruliteraturefestival.com The event will be broadcast live on YouTube handle: Mysuru Literature Festival. For more details, contact Mobile: 99802-50114