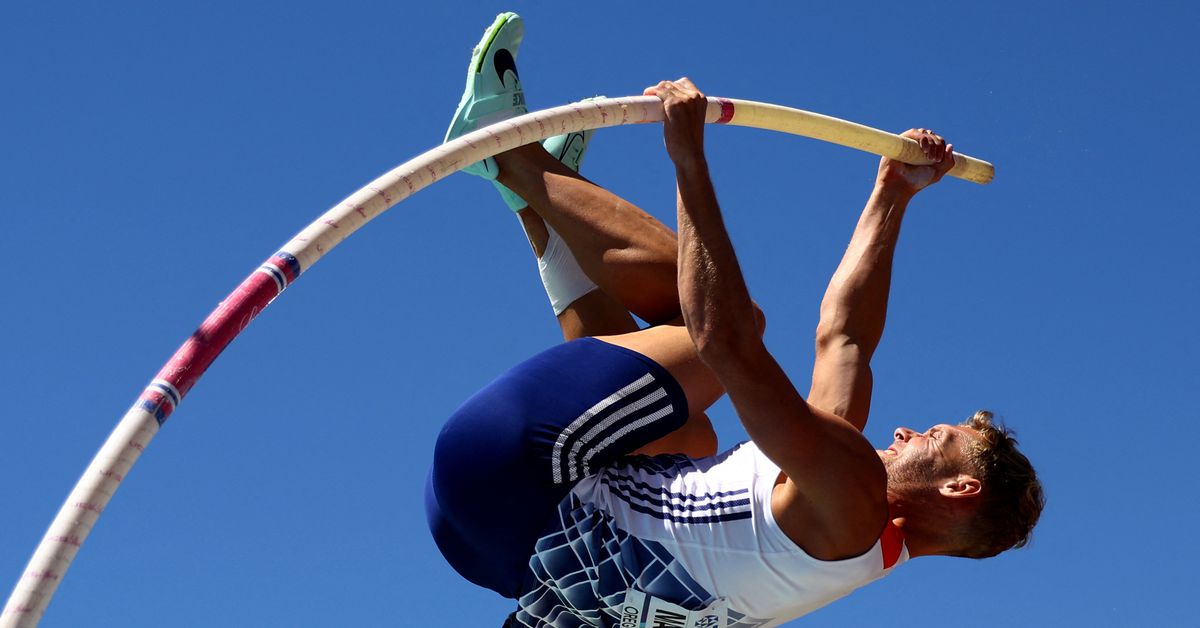 Mayer, the 2017 world champion and silver medalist at the last two Olympics, did not make the top three in any of the first seven events but overtook Canadian Pierce LePage as the leader after impressive performances pole vault and javelin.

The 30-year-old edged LePage in the 1,500 meters, the final event of the competition, to register a score of 8,816 points and claim his second world title as well as France’s first medal of the championships.

“It’s amazing. I don’t want to sleep, I want a drink. Everyone who participates deserves one,” Mayer said.

LePage took silver after finishing with 8,701 points, narrowly edging out American Zach Ziemek, who took bronze with 8,676 points. The scores were personal bests for both athletes.

Top favorite Warner was in the lead after four events on Saturday but came to a halt with a hamstring injury in the 400m, the final event of the decathlon’s opening day.

His compatriot LePage jumped into the void with a personal best in the 400m then two others in the 110m hurdles and the discus – the latter of almost two meters – to take the lead in the general classification after eight events.

That all changed in the pole vault, however, as LePage only managed 5.00m and saw his lead shrink considerably.

Mayer and Ziemek both clocked the best of the day at 5.40ms to close, and with the Frenchman holding vastly superior personal bests in the last two events, he looked to be the favourite.

He duly delivered with 70.31m in the javelin, giving him a lead of more than 100 points over LePage.

Ayden Owens-Delerme clocked a personal best 4:13.02 to take first place in the event. The Puerto Rican thought he had won bronze and was celebrating before the screen at Hayward Field changed, putting Zielek in third and dropping him in fourth.

Defending world champion Niklas Kaul of Germany, who finished 16th overnight, also finished strong after placing second in the javelin and 1,500m to move up to sixth overall .