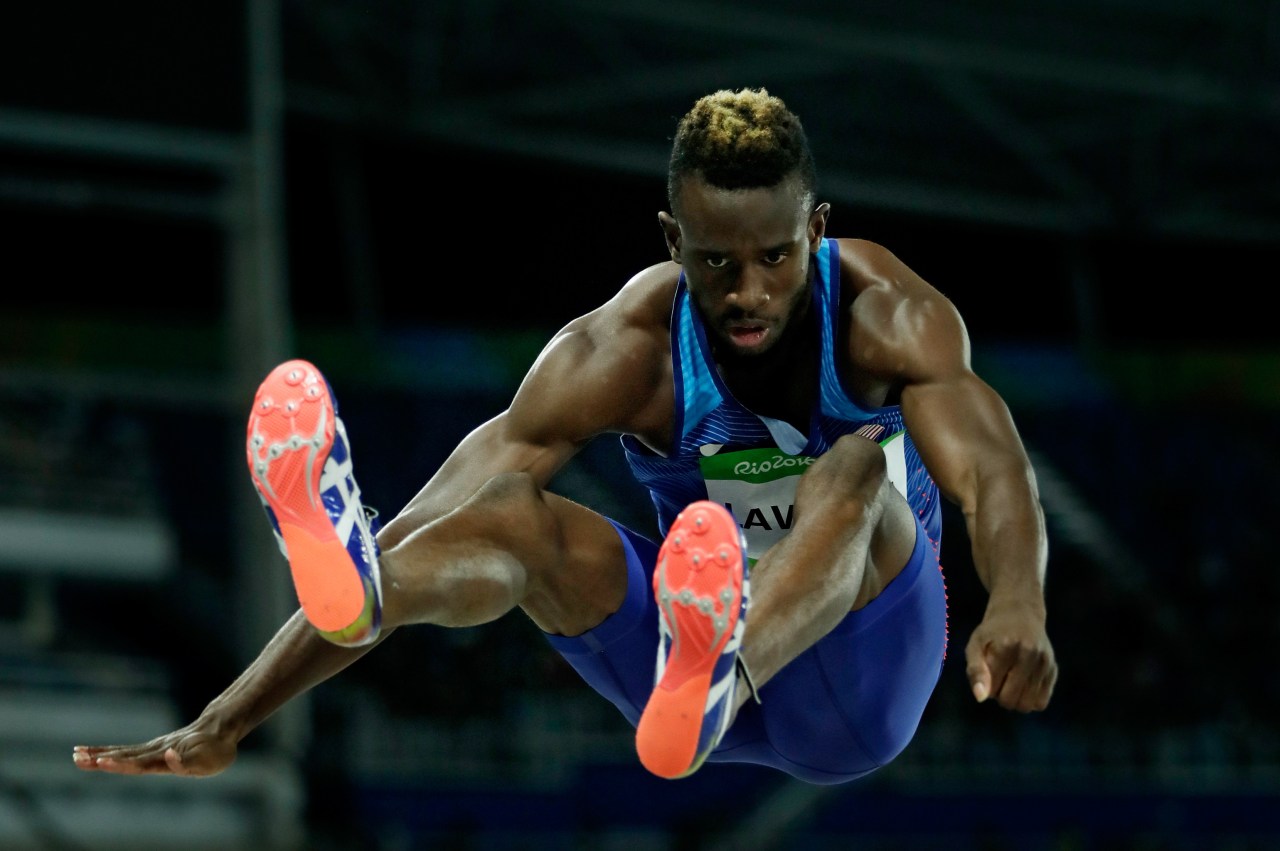 Arkansas alum Jarrion Lawson jumped from fourth to first in the final round of the long jump at the USATF Indoor Championships to secure a spot on Team USA for the next few world indoor championships.

A total of four athletes with Arkansas ties have qualified for the World Indoor Athletes Championships, to be held March 11-13 in Belgrade, Serbia. The top two finishers in each event with the World Indoor Qualifying Standard are eligible to make Team USA.

The overall result was three event champions and one runner-up with Sandi Morris claiming the pole vault while Ryan Crouser set a world-leading mark for winning the shot put. Darryl Sullivan, who trains at UA, placed second in the high jump.

Morris cleared 15-9 (4.80) to defeat Olympic champion Katie Nageotte (15-7) for the pole vault title. Nageotte was clean with six-bar first-attempt permissions through the pitch 15-7. Then she missed twice at 15-9 as Morris went over that height.

Other finalists included former UA Marqueze Washington who placed third in the 400m with a time of 46.15, just 0.01 behind runner-up Donavan Brazier (46.14). Christina Clemons, who trains at UA, produced a season-best 7.92 for third place in the 60m hurdles behind a 7.82 for Gabbi Cunningham and 7.91 for Alaysha Johnson.

Washington can be included in the 4×400 relay pool. In 2018 he won a silver medal after competing in the 4×400 preliminaries at the World Indoors.

Sullivan’s spot in the high jump was determined by fewer misses at the decisive height of 7-4.5 (2.25). Sullivan cleared on his second attempt while Darius Carbin needed three attempts. JuVaughn Harrison won the event with a score of 7-5.75 (2.28).