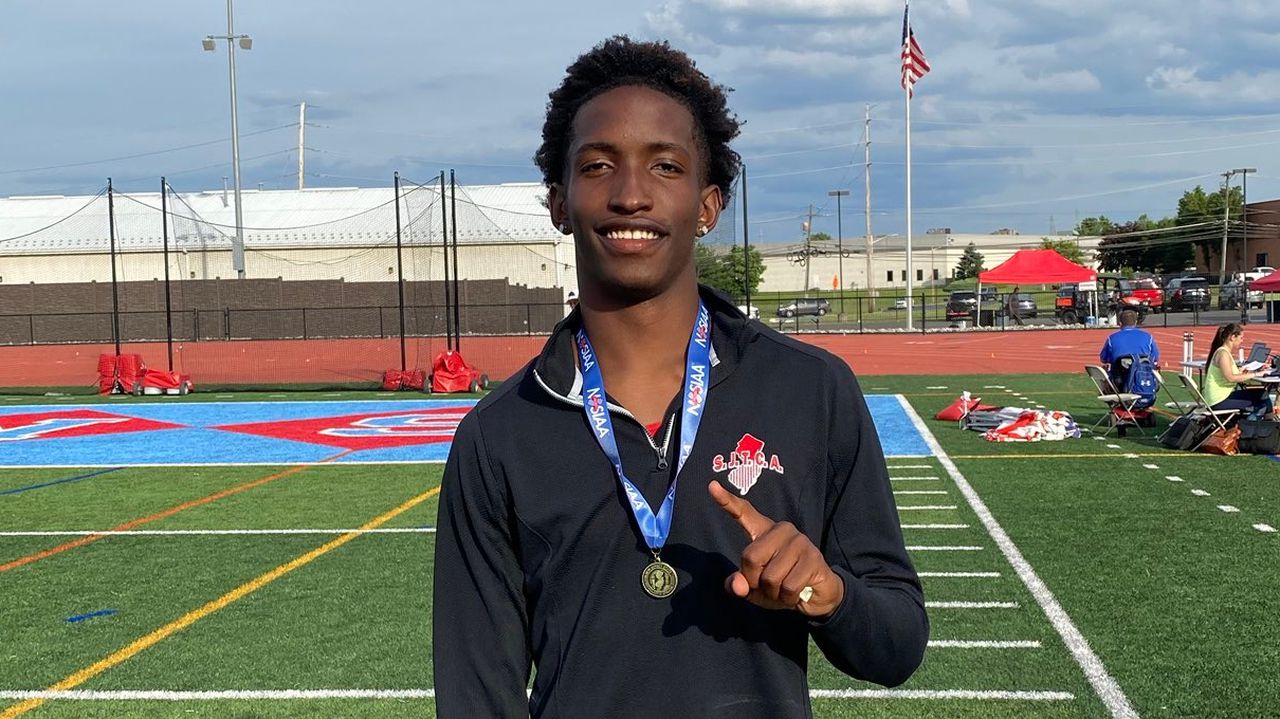 This is the first year of show jumping for Enrico Barnett.

“I didn’t know what to expect,” said the eldest on the Delsea High men’s track team. “And then I jumped (6-foot-4) when we first met, and I knew I had a chance to do well.”

He did well Friday at the NJSIAA Group 3 Championships at Pennsauken High. Barnett tied his personal best 6-6 to win the high jump.

This is his first state title. He won the section crown last week.

Delsea sit in first place with 38 points after day one. The host Indians are second with 29 points. Morris Knolls is third with 21 points.

“I didn’t have my best day, but I knew I had to do it for the team,” Barnett said. “I’m thrilled to win a state title in my freshman year of show jumping, and hope to place high next week at the Champions Meet.”