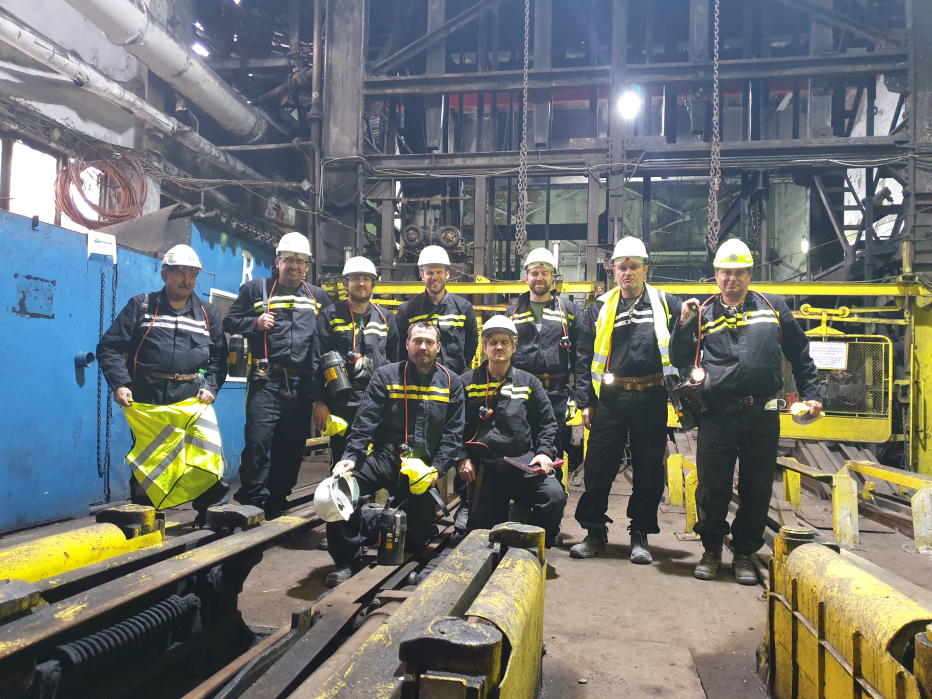 Members of the Gravitricity team at the Staříč mine site, where the large-scale project may be located. Image: Gravitricity.

Energy storage company Gravitricity has secured new project support led by the European Investment Bank (EIB) for its plans to build a large-scale 4-8 MW project in a former mine shaft.

Located in mainland Europe, the project follows a 250kW demonstrator that has been running in Edinburgh all summer and for which specialists appointed by the EIB have started to assess the test results.

The results of the Edinburgh demonstrator are to be combined with a review of local revenue streams to produce a business risk assessment that will inform detailed design and development activities.

“We already have a high level of confidence in our technology and its ability to store energy efficiently. These studies will provide increased understanding and confidence in how a large-scale project will perform in a specific energy market,” said Chris Yendell, Project Development Manager at Gravitricity.

Gravitricity’s energy storage solution works by lifting weights down a deep shaft, disused mine shafts currently being targeted by the company, and releasing them when energy is needed. Its proposed complete single-weight system could provide up to 2 MWh of energy storage, with future multi-weight systems having the potential for a capacity of 25 MWh or more.

Alongside the test assessments, the EIB also committed 120 days of consultancy time to move the project to scale.

In October, Gravitricity engineers visited the recently mothballed Staříč mine in the Moravian Silesia region of Czechia to study its potential for the project. The Gravitricity team are due to travel to mainland Europe later in January to further assess their shortlist, with a final selection decision expected in the coming months.

The company is also exploring the opportunities of a purpose-built prototype well in a brownfield site in the UK, where gravity storage could be combined with hydrogen and inter-seasonal heat storage.

Meanwhile, the Swiss company Energy Vault has also created a system that lowers and raises weights to provide power, although it does so from a tower instead of using mine shafts. Earlier this month, Energy Vault has formed a strategic partnership with non-ferrous metals smelter and refiner Korea Zinc, which includes an investment commitment of US$50m (£37m).