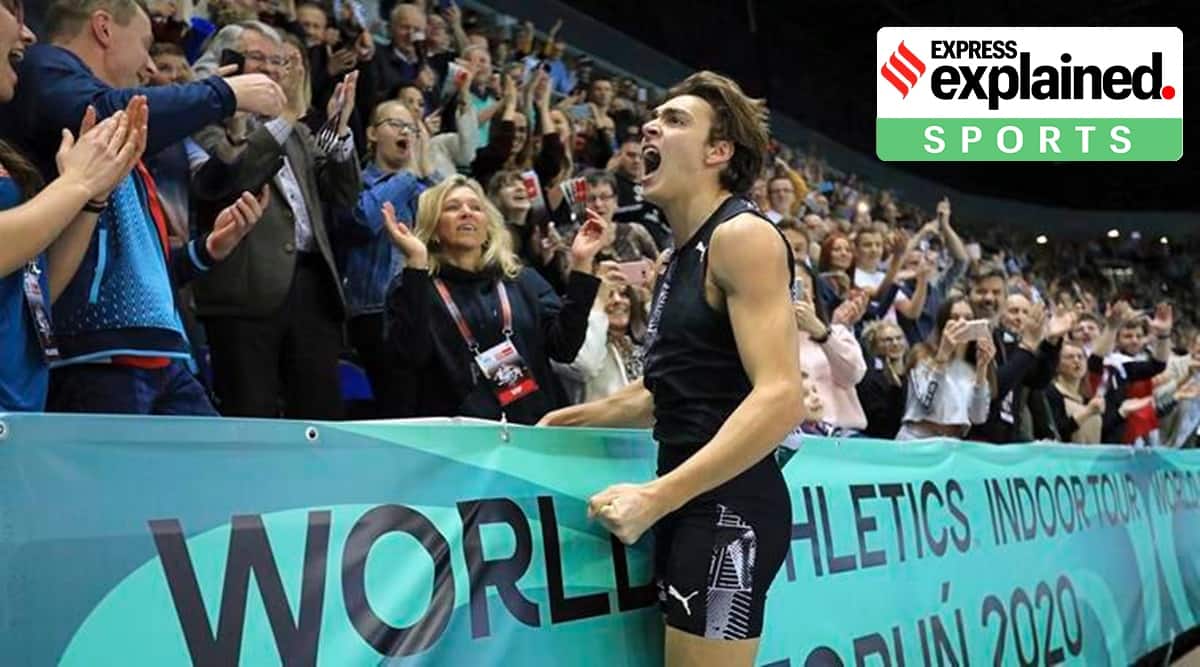 When pole vaulter Sergey Bubka became the first to jump six meters in 1985, he shattered the myth that it was an unreachable height. Bubka, arguably the greatest pole vaulter of all time, finished at 6.15 metres, a mark that stood for two decades before Frenchman Renaud Lavillenie cleared 6.16 metres.

However, in the past two years, American-born Swedish athlete Duplantis has bettered that mark three times. With age on his side, Duplantis is destined to rule the event as long as Bubka, if not longer, and literally raise the bar to unprecedented heights.

VIDEO: Sweden’s Armand Duplantis broke his own world record in the pole vault after clearing 6.19m during an indoor meeting in Belgrade.
The 22-year-old Olympic champion had held the previous record since February 2020. pic.twitter.com/t3ofwm1Zjb

In February 2020, Duplantis, considered Bubka’s heir apparent since winning the World Junior Championships aged 15, broke the world record twice in the space of a week. . On February 8, he broke Frenchman Lavillenie’s record at 6.17m in Poland. A week later in Glasgow he improved the mark by a centimeter. However, what appeared to be rapid progress hit a snag, with Duplantis attempting 6.19 meters several times to no avail. At the Tokyo Olympics, Duplantis, after winning gold at 6.02 meters, tried in vain to clear 6.19 meters.

On March 7, he nearly missed again. He failed on his first two attempts at 6.19 before hitting the bar with his knees but not knocking it down.

“I think I tried 6.19m 50 times,” Duplantis said. “It’s been a long time coming. I’ve never had a height that has given me so much pain, so it’s a very good feeling. It’s been very hard for the last two years. I’m really happy.”

How does Duplantis compare to Bubka?

Bubka represented the Soviet Union and then Ukraine when he broke the men’s pole vault world record 35 times – 17 outdoors and 18 indoors. Duplantis’ name is unlikely to appear in the record books as many times as Bubka’s, because the human threshold required to break records only increases with each rewrite of a mark. Also, since the turn of the millennium, indoor and outdoor records are no longer considered separate marks in the record books. Bubka broke the world record (5.85 meters) for the first time in 1984 in Bratislava and a year later did what until then was considered beyond humans – 6 meters in Paris.

“Six meters was mission impossible, nobody believed it could happen,” Bubka told World Athletics on the 35th anniversary of the feat. “The older generation 100% didn’t believe anyone could jump six meters during that time.”

Despite all his dominance, Bubka won only one Olympic gold medal in 1988. He was unable to make it to the previous edition of the Games in Los Angeles due to the Soviet boycott. He did, however, win six consecutive world championship titles.

Duplantis is just getting started. He finished second at the 2019 World Championships, but since then has gone from strength to strength, not only breaking the world record three times but also winning Olympic gold.

Are the techniques of Duplantis and Bubka different?

Bubka used a technique named after his trainer Vitaly Petrov which is a modified version of what Sweden’s Kjell Isaksson made famous. A key aspect of the Petrov Technique is to use energy to push the body in a quick, perpendicular motion toward the bar. The back leg, which should swing upwards in one motion, is key to the success of this technique.

Duplantis, like Lavillenie, used the Tuck and Shoot style. In this method, after take-off, the flyer brings the knees close to the chest just before the backward swing (when the shoulders drop under the extended body). With the body coiled, the jumper pushes up and spins as the pole recedes. Duplantis, in an interview with YouTube channel Diamond League, recalled how he grew up watching Lavillenie’s jump videos.

Lavillenie, the London 2012 Olympic champion, at 5’10” is not the tallest athlete. Duplantis, who was on the shorter side until a growth spurt in his late teens, looked for clues to maximize his jump by studying the Frenchman’s technique.

Duplantis is known for improvising. Sam Kendricks, the 2017 world pole vault champion, told olympics.com that Duplantis can easily copy the techniques of his rivals. “He can do my technique if I ask him. He can do that of Renaud (Lavillenie). He can do anything. But in competition, he does it as he wants, without copying anyone else.

Why did Duplantis and Bubka before him improve the records by one centimeter each time?

Moments after rewriting his own world record with a jump of 6.19 metres, Duplantis said, “I don’t think that’s the highest I’ll ever jump.” He was probably talking about improving the mark inch by inch. Two years ago, he improved the mark from 6.17 yards to 6.18 yards and received a $30,000 bonus. The incremental improvements that Duplantis has made and will make are due to the fact that pole vaulting allows participants to target a very specific height. Thus, the bar can then be set at 6.20 meters and if Duplantis crosses it, he will have another world record and a big check. He might be able to clear 6.22 meters, but why do it all at once when every inch comes with a boon?

Duplantis is not the first to break the world record several times. Between 1991 and 1993, when Bubka rewrote the record 14 times, each improving by a centimeter over the previous mark. Bubka was offered a world record bonus by Nike and was just doing the smart thing. He finished at 6.15m in 1993.

How high can Duplantis go?

Duplantis comes from a family of athletes. His father Greg was a pole vaulter with a personal best of 5.80m and competed against the likes of Bubka. His mother Helena was a Swedish heptathlete. He started jumping at the age of four on a track in the backyard of his family home in Lafayette, Louisiana, USA. He was inspired by his older brother Andreas to take up the sport. When he was 12, he jumped 3.97 meters, a height unmatched in the world for that age, and performed the best jumps in the world from 7 to 12 years old. Currently, the gap between him and the others is quite wide. In 2021, Duplantis’ best was 6.10m. American Christopher Nielsen was second best at 5.97 metres. Even if there are no rivals to push him, Duplantis is expected to set new standards in the pole vault, just like Bubka in an earlier era.