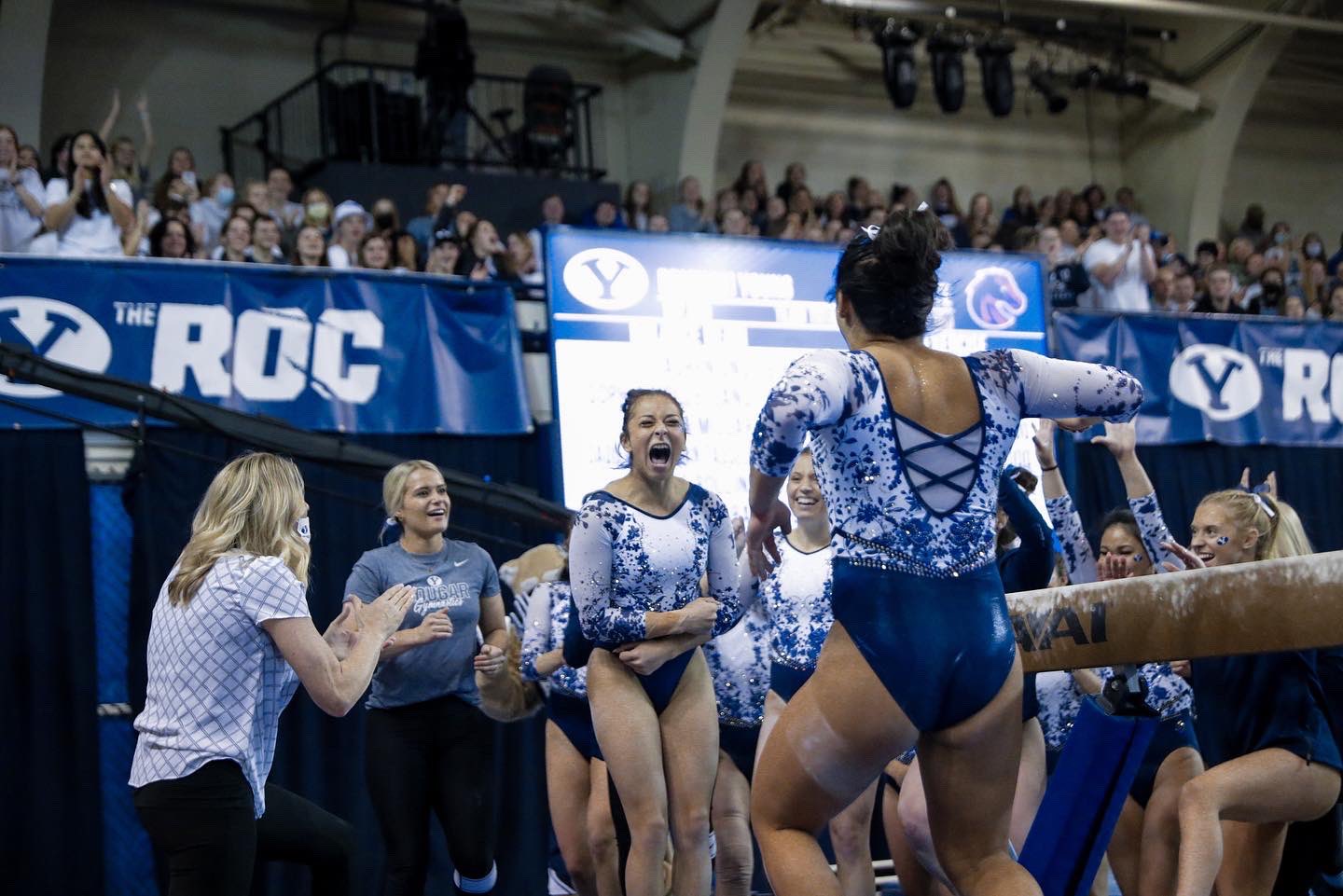 Three 9.9 scores on the floor spin propelled BYU Gymnastics to a narrow 196.700-196.300 win over Boise State at Smith Fieldhouse on Saturday.

“One thing I will say is we need to start a little stronger on the jumps…because the other three events did their job today,” BYU head coach Guard Young said.

Freshman Mina Margraf made her season debut for the Cougars in the third rotation with a 9.70 on balance beam. Lauren Ono and Elease Rollins recorded career highs on balance beam during the meet, with the former scoring 9.850 and the latter 9.950.

Sophia McClelland and Miner-Van Tassell each finished with a score of 9.875 on beam. BYU remained in the lead after the third rotation ended. Young said beam and bars have been the team’s mainstay this year.

“I feel really excited, I made a few mistakes but I’m proud of myself for staying calm and finishing well,” Margraf said of her debut. The freshman said she was looking forward to “getting some experience this year”.

BYU finished the game with three career performances in the rushing rotation that secured a Cougars victory with a score of 196.700 to 196.300 for the Broncos. Lindsey Hunter kicked off the floor spin, recording a 9.800, followed by Abby Beeston, hitting a career-high 9.900. Miner-Van Tassell and Adeline Rieder both recorded career highs of 9.925 and 9.875, respectively. Brittney Vitkauskas closed the match with a score of 9.900 on the ground.

Miner-Van Tassell finished in first place in the all-around for the meet with a score of 39.475, beating his own career-high all-around score.

“Honestly, I’m just proud of the team because we made a few mistakes here and there, but we did really, really well,” Miner-Van Tassell said.

Miner-Van Tassell said she “tries to stay as calm as possible” because getting too excited could hurt her performance.