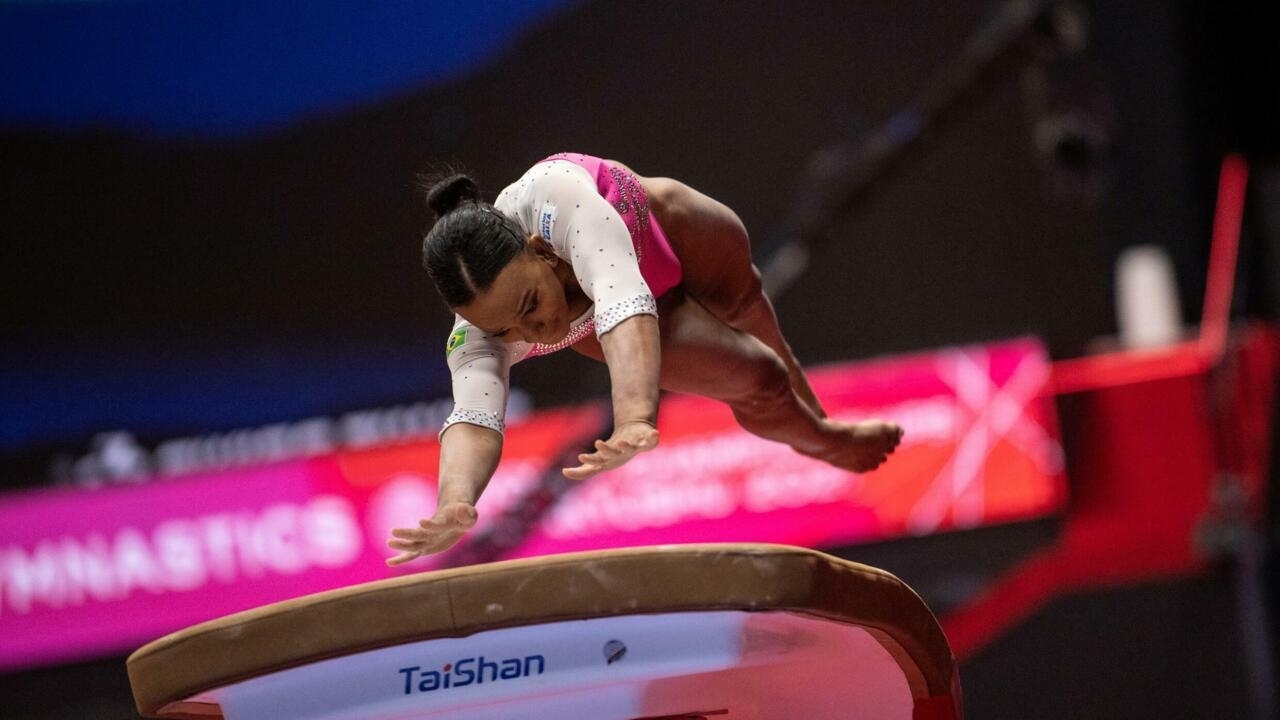 Andrade finished well ahead of her rivals on vault in Kitakyushu, western Japan, but was second to China’s Wei Xiaoyuan on uneven bars.

The Brazilian won all-around silver at the Tokyo Olympics this summer, but dropped the event this week to avoid wearing out her body.

She said she had no regrets about choosing to focus on the individual apparatus events, with Sunday’s beam final still to come.

“If I had been in the all-around I would have needed a lot of days to train and I wouldn’t have been able to do these routines as well,” said the 22-year-old.

Andrade, who became the first Brazilian gymnast to win an Olympic medal in Tokyo, said her achievements this year were more than she expected.

“I have a team that respects me and respects my decisions, not just in gymnastics but also in my personal life,” she said.

“I think that’s the most important thing, because everyone respects my limits.”

In the other apparatus final of the day, China’s Lan Xingyu won the men’s rings event.