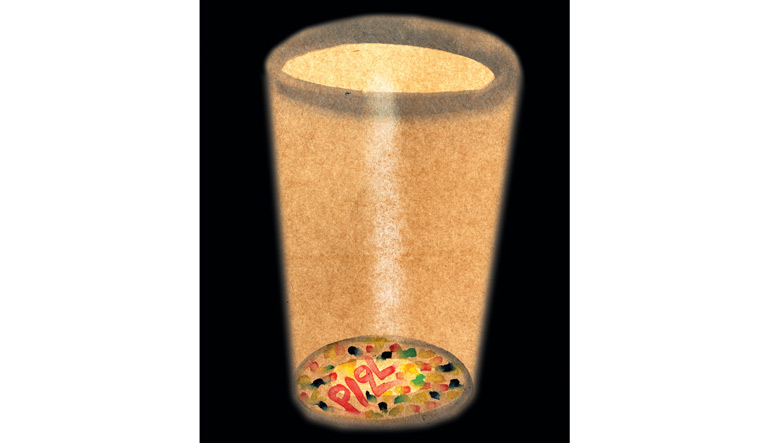 What does “Piql” mean? Some clues: It doesn’t mean anything; it rhymes with pickle, and its goal is to preserve. But what it preserves and how it preserves it is a high-tech tribute to human ingenuity. The founder of Piql, Rune Bjerkestrand, says: “We preserve the memory of the world”.

It seems incomprehensible and impossible to do. Where to start ? Since 2017, Piql’s Arctic World Archive (AWA) has created a digital repository for civilizational heritage. AWA is inspired by the Global Seed Vault in Svalbard, the arctic archipelago of Norway. This vault preserves the seeds of the world to perpetuate humanity’s food supply, whether they are destroyed by disease, drought or nuclear wars. These same calamities can destroy world culture. Thus, for a fee, Piql preserves the texts, images and audio-visuals of our cultural heritage: music, films, mosaics, maps, manuscripts, monuments – imagine a 3D Taj Mahal preserved for eternity!

How do they do? They don’t do curation. Clients contact them, typically governments, businesses, museums, libraries and national archives, to digitally preserve their assets and archives for posterity. Many institutions have digitized their data, but not for long-term storage. Using AI and machine learning, Piql scans and converts data into high-definition QR codes and prints them onto cinematic-style film. Each 35mm frame has 8.8 million data points! Hit it or smash it, the rugged film survives. The data is open source and easily read in various formats as an anti-obsolescence measure, to avoid the fate of the Disk Operating System (DOS) and Home Video System (VHS). Who can predict the technology of 2030, let alone 1,000 years!

The 35mm film reels (usually one kilometer long) are wound into special pizza boxes like containers and shipped to customers. They are also stored in Svalbard, in a disused coal mine, where dry, dark, oxygen-poor permafrost could preserve the film for thousands of years. Bjerkestrand says: “This data cannot be hacked because it is offline and permanent”. But some customers want to store the information in the cloud for easy public access. The cloud can be hacked, but a comparison to the original spool would immediately reveal the hackers’ fingerprints and corrected information.

Unlike the government-run seed vault, the AWA is a private enterprise. Not surprising. The authorities have always dealt with seeds, but not so much with advanced technologies. Even the government-funded GPS and Internet have been popularized and commercialized by the private sector. Piql’s unique technology was funded by 41 million euros from the European Union. The Norwegian government owns the Arctic coal mine where the archives are stored.

Piql is a cheesy solution to a persistent problem. It is a miracle that so much heritage has survived. But much has been lost: the Afghan statues of Bamiyan or the library of Brazil that burned down, reducing its historical collections to ashes. The digital revolution has contributed to the loss of heritage, but it is now coming to the rescue. Bjerkestrand says his idea is inspired by the Norwegian concept of “sjølberg” or self-sufficiency. The mountains are alluring but unpredictable. In their backpacks, trekking Norwegians carry items to survive any eventuality: warm waterproof clothing, spikes, balms, folding cooker and dry rations. Bjerkestrand says: “I wanted to create a self-sufficient product.

Institutions buy Piql’s sophisticated ‘reader’ for high-resolution reading, but with a backpack containing a light source, a cell phone, a camera and a microscope, anyone can select and photograph a compressed QR code. . The instructions on the film help you recover the data. Visually, Piql represents 0 and 1, the binary code of all digitized data. Trust a Norwegian nerd to imagine, invent and implement such an idea.